Ilaura Reeves: Fairbanks was founded because of a gold discovery just eight miles north of where Gold Daughters is, and I always think about the first people that came up here during that rush and what that would have been like. They had gold fever. It’s something that is real.
My name is Ilaura Reeves, and I am Gold Daughters here in Fairbanks, Alaska with my sister Jordan. As a kid I was introduced to gold as soon as I could hold a gold pan. The process of going out and looking for something in the creek – you find cool rocks along the way, you’ll see animals, so just the experience in general is something that’s been fun since age 5 to age 25.
Gold miners, I think are a special type of crazy. You’re curious, you’re inquisitive. The process itself, you have to be hard working and it’s tedious and it’s always mysterious. Will you find a nugget? But it’s fun, and the reward is right there; you can see it. It’s just teasing you the whole time. That moment when you find gold, it’s like a level of elation, it’s like climbing a peak and seeing a different perspective; you just have that adrenaline rush. No one in the world has ever found that piece of gold, so that is something that is special because you’ve found treasure.
It’s being an explorer, and I think humans just want to be an explorer. They want to make those discoveries; it’s in our nature.

To The Last Frontier: Experiencing the Beautiful Beyond in Fairbanks, Alaska

When you touch ground in Fairbanks, Alaska, what feels like the end of the Earth is just the beginning. Long known as “the Land of the Midnight Sun,” this wonderland is cool all year around.

So hold on to your hat (and mittens) because so much more than the aurora borealis awaits in the Last Frontier. Here are a few of our top picks for travelers with cultural curiosity and a sense of adventure.

Fairbanks’ history is steeped in gold. Founded at the beginning of the 20th century, the city was primarily built on Gold Rush fervor, with panning being a popular activity for travelers — and that’s precisely how Gold Daughters got its start. Opened by local sisters Jordan and Ilaura Reeves, Gold Daughters teaches its guests the nitty-gritty of gold panning and invites them to be a part of the living history of the Alaskan city. What’s even better? Finders, keepers. “That moment when you find gold, it’s a level of elation. It’s like climbing a peak and seeing a different perspective. You just have that adrenaline rush,” says Ilaura. Come and share in the sensation felt by the first people who, quite literally, struck gold in this wonderful, wild land, and try your hand at gold panning with the best.

Frank Stelges: The most fascinating thing about Alaska for me was this pure nature, this untouched wildlife. I saw the aurora the very first time when I was here in 2010 with my bicycle. It’s so different than anything else. It’s moving and sometimes very slow and sometimes very fast, and you have the three dimensionality of these curtains really dancing over the night sky.
I think it’s really something which hits us on a very deep level, and it really opens up people and they become very emotional and then talk about their lives, and that’s a great thing when people start sharing really their lives. I’m not creating the aurora but I’m at that moment, the one who helps them seeing it, capturing it, planting them in photos, creating lifelong memories.
My name is Frank Stelges. I’m originally from Germany and I’m now here in Fairbanks, Alaska. Alaska totally blew me away and I fell completely in love, and it was clear that I had to come back. I do mostly wildlife and aurora photographer, and I offer here photography classes for tourists.

All of the Lights, Through a Different Lens

Travelers have long logged “catching the aurora borealis” at the top of their to-do lists. While there are no guarantees of witnessing the Northern Lights show, Fairbanks – which sits on the aurora belt in Alaska’s Interior – is one of the few places in the world where you might bet your money on getting a glimpse. German photographer and “adopted” local Frank Stelges wants to show you the magnetosphere masterpiece through a different lens. Completely taken by the magic and mystery of Alaska, specifically during a 43,000-kilometer motorcycle trip, Stelges uprooted his life and moved to the Last Frontier for good. In 2016, he and his wife Miriam founded Aurora Bear, offering aurora and night photography tours and classes. Grab your camera (or rent one!) and let Stelges guide you on capturing the beauty of Alaska’s scenery, wildlife and, if you’re lucky, the phenomenon of the aurora borealis. After all, a picture is worth a thousand words.

There’s no doubt that Alaska touts the who’s who of seriously big beasts, and the Robert G. White Large Animal Research Station – LARS, for short – at the University of Alaska Fairbanks is one of the hidden gems that locals and tourists alike can visit year-round to see them. Get up close and personal with the colony of reindeer and muskoxen LARS is studying, in a destination that’s both educational and entertaining.

While breathtaking natural beauty will lure you in, endless opportunities to explore Alaska Native culture, a vibrant art community and a charming downtown will keep you wanting more. If you’ve longed to explore the ends of the earth (or at least the USA), Fairbanks, Alaska is not somewhere to forget. 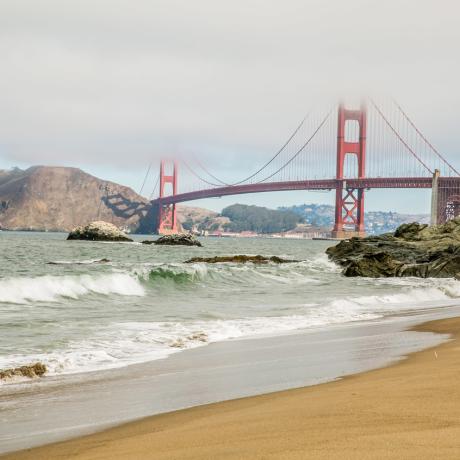 United Stories
Head West for Your Next Adventure

For beautiful weather, lengthy stretches of scenic highway and diversity of natural terrain, plan an epic adventure to the USA's West Coast.

United Stories
Head West for Your Next Adventure

For beautiful weather, lengthy stretches of scenic highway and diversity of natural terrain, plan an epic adventure to the USA's West Coast. 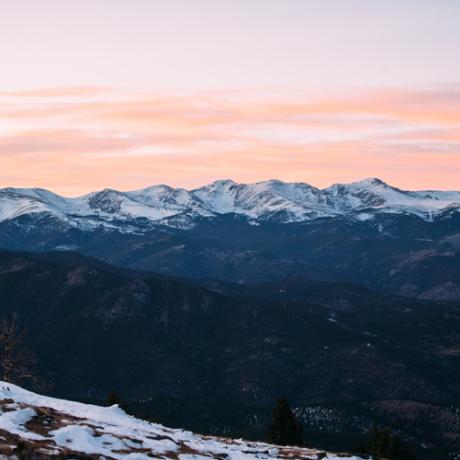 The USA is home to 60 national parks and hundreds of wilderness areas; start with these 5 outdoor adventures for a sense of the country's diverse natural wonders.

The USA is home to 60 national parks and hundreds of wilderness areas; start with these 5 outdoor adventures for a sense of the country's diverse natural wonders. 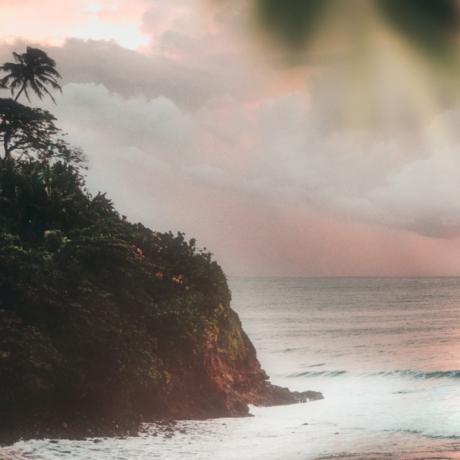 United Stories
One With The Island: Hilo, Hawaii the Eco-friendly Way

United Stories
One With The Island: Hilo, Hawaii the Eco-friendly Way

This website uses Cookies to offer you an enhanced browsing experience. Find out more about how we use Cookies
Visit The USA © 2021 Brand USA. All rights reserved.